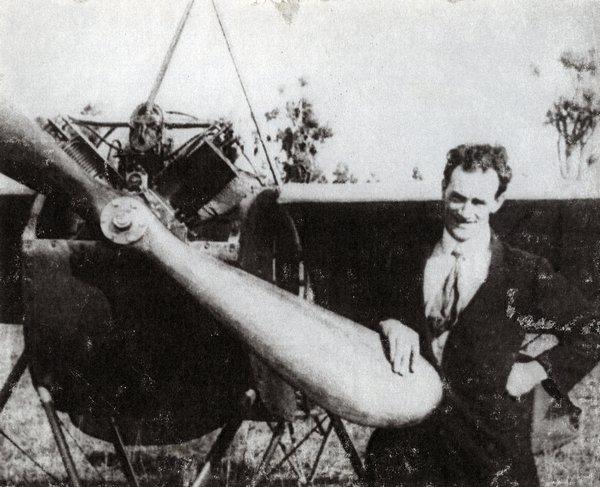 The Fisher Monoplane designed and built by Wellington engineer, Percy Fisher, holds an important place in New Zealand’s aviation history as the first plane built in this country to achieve controlled sustained flight. Fisher was captivated by the engineering challenges involved in flight and was inspired to try his hand at this new technology.

Fisher initially worked with Wellington photographer and aviation enthusiast, Arthur Schaef, who had designed and built a monoplane using an engine imported from England. Fisher rebuilt this engine and together they made several successful uncontrolled flights locally, reaching an altitude of around five meters.

From 1911, Fisher began work on his own monoplane. He based his design upon Bleriot’s aircraft, but with several improvements and changes to suit is ideas.

Fisher built a new engine from scratch, using only the aluminium crankcase taken from Schaef’s old, imported motor, and managed to achieve an output of 40 horsepower.

Fisher completed his aircraft in November of 1912 and made several test flights at Pigeon Bush Station, near Featherston in the Wairarapa. The windy conditions proved a challenge and after moderate success and a few rough landings he handed pilot duties over to Wellingtonian Reginald (Reggie) White who was keen to try his skill in the cockpit.